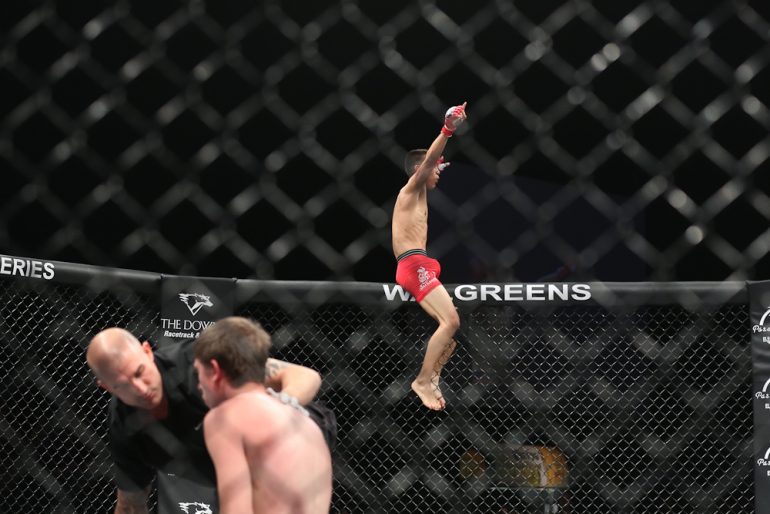 The undercard will be sure to deliver plenty of MMA action, satisfying the large crowd that flocks to the event. In the heart of the preliminary action, two bouts will be featured in the 125-pound flyweight weight class and the 155-pound lightweight weight class and both have barn burner written all over them. 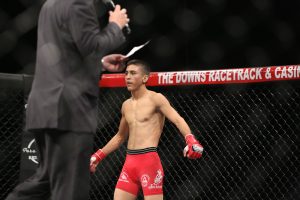 Jackson-Winklejohn fighter Ricky Esquibel (2-0 amateur) will be looking to continue his success in the amateur flyweight ranks. He is coming off a quick submission victory in his last bout at the Jackson’s MMA Series IX event held in September. The win would solidify Esquibel’s status as a fighter to watch out for heading into 2013 and another win before the year end would only raise his stock that much more.

Standing in the way of that plan will be Nick De Fiore (4-1 amateur) who will be making the trip from Aurora, Colorado. The 19-year old has stayed busy since starting his amateur career as he has amassed five fights since February of this year. He will be looking to break out into a new states regional scene and can do so in a very big way with a win over the Jackson-Winklejohn product.

In terms of the match up, Esquibel has shown how slick his ground game is submitting his last opponent in less than thirty seconds. While his ground game may be solid, it will be a surprise to no one if Esquibel also displays the impressive striking acumen that many from the gym showcase. De Fiore has proven to be well rounded as well, notching wins via submission, knockout and decision. His durability and finishing ability make him a dangerous match up and do not be surprised if this fight ends up being an early candidate for “Fight of the Night.”

Clynes is the kind of fighter you don’t want to see standing across the cage as his style of fighting is extremely dangerous for foes. With a very high percentage of finishing fights, Clynes is a tough draw for anyone and while Sanchez doesn’t possess an impressive record on paper, he sure does present a tough challenge inside the cage. Sanchez saw his lone amateur career victory come against a Jackson-Winklejohn fighter when he would best Armando Mendibles at a Shark Fight event.

While these fights may be on the undercard, fight fans should not miss these fights. Stay tuned to SWFight.com for more coverage and fight match up breakdowns.