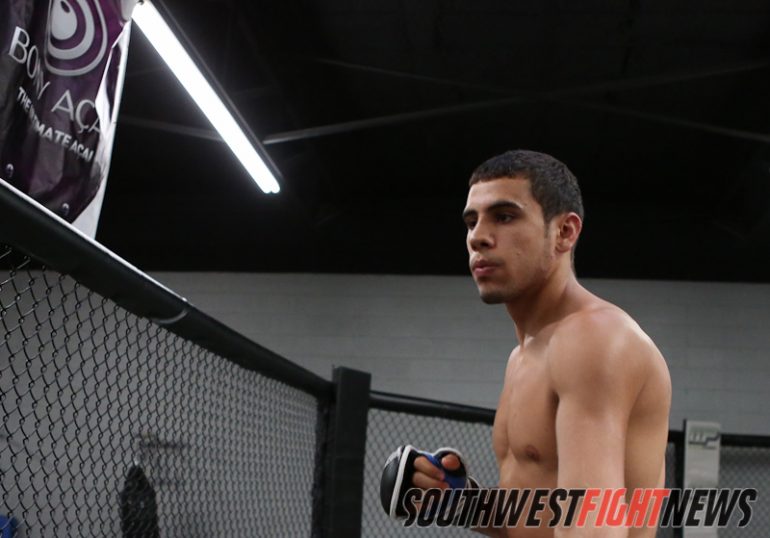 In just a few days, the highly anticipated Jackson’s MMA Series X will cap off a very entertaining year for the popular promotion with an evening of fighting set to go down December 1st, at the Tingley Coliseum in Albuquerque, New Mexico. As always SWFight.com will be bringing you coverage leading up to the event, the night of the event and as always post fight coverage.

The evening will be headlined by Jackson’s-Winklejohn’s fighter Matt Leyva, as he takes on submission ace Anthony Birchak. While the impressive bantamweights headline the show, plenty of local talent will be featured on the event including amateur bouts on the undercard that are sure to give fight fans in attendance the exciting fights they pay to see.

The evening will be started with a bout in the middleweight division featuring 185-pounders Brandon Jones (0-0 amateur) facing off with Don Westman (2-0 amateur). While the two don’t add up to bring a load of experience, the two middleweights know what is at stake being the two fighters who will be starting year-end event.

Westman has two amateur fights under his belt which may give him an advantage with experience and cage comfort. Both of the victories came in the first round and his latest fight, in June, was for an amateur title in the Kickdown MMA 101 promotion. Westman has competed as heavy as 205-pounds and very well may have a size advantage coming into the bout.

In the evening’s second scheduled bout, promising young talent will be showcased as Michael Asmar (2-0 amateur) will be paired with fellow unbeaten amateur Matt Johnson (2-0 amateur). The 155-pound lightweights will be sure to bring the boom as both fighters have shown their knack for finishing fights early on in their amateur careers.

Asmar is a finisher, his two fights have ended in knock-out and submission with the latter being deep into third round of the three round fight. As amateurs usually do, we should all expect Asmar and Johnson to be ready to bring a full arsenal for display and utilize those talents to make their mark on the Jackson’s MMA Series with an impressive showing.

Stay tuned to SWFight.com for more event coverage and match up analysis on the rest of the fight card that includes several great fights featuring talented locals and intriguing style match ups.