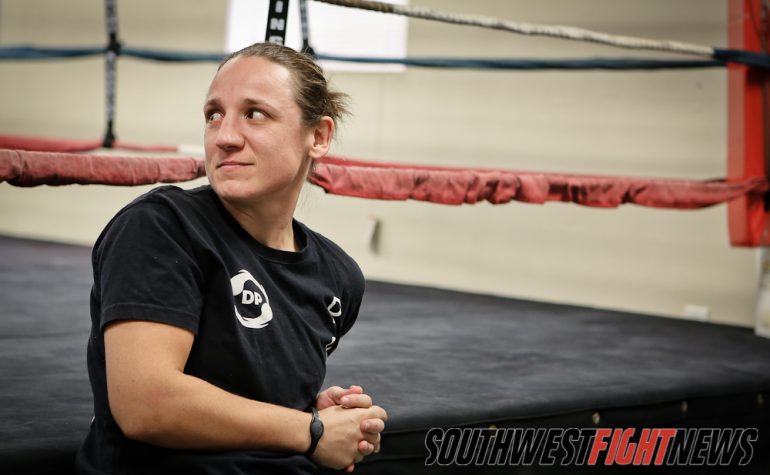 Four  years ago Diana Prazak (11-1, 7KOs) weighed 200 lbs. and was an avid smoker. In 2008, she joined a boxing gym in her native Melbourne, Australia and has been blazing her competition ever since dropping her first career match. She is now only a few days from the biggest fight of her career against Holly Holm (31-2-3), set to take place at the Route 66 Casino December 7th, for the WBF and IBA Light Welterweight championships.

Prazak is now living in Los Angeles where she trains and also runs her own Australian based IT consulting company, DiTech Solutions, remotely -the “Di” being short for Diana.

Currently, DiTec only has clients in Australia and due to the time difference, Prazak finds herself working late into the Pacific Time Zone hours.

With the organization she oversees two other employees. She balances that with her boxing training.

She admits that it’s difficult for a female boxer to make a living off the sport.

“It’s hard to be a female fighter,” Prazak says as she sports a sponsors logo on her hat after our video interview.

It appeared almost planned that half way through the actual video interview her trainer Lucia Rijker brought the hat over to make sure there was proper product placement (see video below).

Even the queen of boxing herself, Holly Holm teaches fitnesses classes for some side cash. 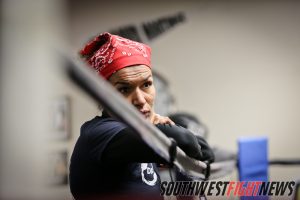 Lucia Rijker is widely considered the greatest female fighter of all time.

For the upcoming December 7th IBA Female Light Welterweight title headliner at the Route 66 Casino, Holm was originally scheduled to face Myriam Lamare in a rematch.

When an injury forced Lamare to withdraw three weeks before the fight, her trainer Lucia Rijker was asked if her other fighter on the card Prazak, who was already on the card set to face Albuquerquean Victoria Cisneros in the co-main event, would step into face Holm.

“Holly’s the best pound for pound fighter in the world. We can only win for this one. Holly has a lot to lose,” says Rijker. “She’s fighting a girl from a different weightclass with half her experience.”

Despite the change in caliber of opponent from Cisneros to Holm, Prazak happily welcomes the opportunity to face the best boxer in the world.

“A fighter will fight anyone,”  says Prazak. “Everyone who knows of me, knows that I’ll fight anyone any time and if it means that I get the opportunity to face the best in the world even better.”