Terris James is a professional kickboxer and Muay Thai fighter from Albuquerque, New Mexico. After a brief amateur career Terris joined the ranks of professional fighters and quickly found himself toe to toe with world class fighters including Duane “Bang” Ludwig, Gregory Swerts, and Adam Higson. Originally, James was trained under the well known coach and world champion Mike Winklejohn and now Terris James trains out of Judgment MMA with Head Coach Scott Marlowe. Terris James is now on the quest to accomplish more in the national and international Muay Thai and kickboxing scene.

How did you get started kickboxing and Muay Thai?

I became interested in Muay Thai and kickboxing when I was 15 years old. I played Street Fighter and the boss character Sagat was amazing and I wanted to do that. I have always been interested in martial arts from films like the Bruce Lee films. At the age of 15, I wanted to start a martial art like tae kwon do and kenpo, but none of them filled my void in interest until I stepped into Mike Winklejohn’s gym.

Did you always want to compete?

When I was fifteen I was a quiet person and I used martial arts to help me with self-esteem and confidence. After 3 months of training I had my first fight and I enjoyed giving it my all in front of a live audience. Pat Kane worked my corner because Mike Winklejohn had a fight the same night.

It would have to be when I fought in Vienna, Austria in 2002 against Gregory “Chico” Swerts. It was the biggest live audience of approximately 8,000 people, though it was a somewhat negative experience. The timing was hard because you’d be told to warm up and then wait for 30 minutes until I could go on to fight. And I would cool down in that time. Because it was during the Bush era, when he was the president so when they announced I was from the USA they booed. It didn’t affect the way the fight went but the fight ended because he caught a good knee to my nose from the left side and it split my nose open and they stopped the fight.

Who are your inspirations in Thai boxing and kickboxing?

I like Ernesto Hoost for his long Dutch body hook punch. As I was coming up as a professional I really liked Alex Gong and would have been honored to fight Alex “F14” Gong.

Any fighters currently who you enjoy watching?

I like Buakaw Por Pramuk of course. I also enjoy Orono Wor Petchpun. I loved his knock out against William Diender.

What makes you want to fight again?

What made you take a break from fighting?

Life takes over at times and fights often don’t pay enough to pay bills. I got married and started my own business which took time and I always fought for my love of the sport not to get rich.

What makes you now want to return to active competition?

I love the sport so much and again I want to make it known to Americans along with other international fighters that we can be good. I now have time to devote to training the way I want to.

Where do you train now?

I train at Judgment MMA with my good friend Scott Marlowe whom I have known for 12 years. He used to be a training partner with Mike Winklejohn, my former coach. He’s a very good trainer and I like his methodical approach.

What are some of the difficulties you’ve had trying to get fights booked?

I would say the greatest difficulty is promoters are only willing to book fighters in their state or within close proximity. Nobody here has pro fights. So we always have to look overseas. I’ve tried repeatedly to break into the California circuit but they usually never respond. I’d love to fight in California if the opportunity comes up.

I don’t know if it’s my lack of current activity. Though I am not sure why because I am less known and I would think they’d like a match against their local established fighters.

What can look for in the future from Terris James?

As far as fighting goes, very good performance and excellent displays of Thai boxing. I am in my 30s now and as soon as I get a fight I will keep fighting as long as I can. I am 100% healthy I have never been down in a fight and I am ready.

This a guest interview done by Mike Lng who runs the Muay Thai themed blog “The Science of Eight Limbs.” Mike was able to catch up with Terris to discuss his background and upcoming endeavors. Please visit Mike’s site: http://thescienceof8limbs.com 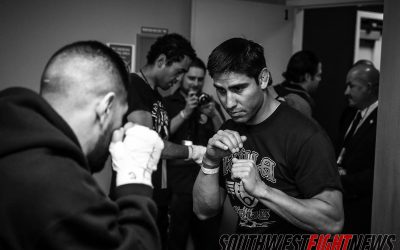 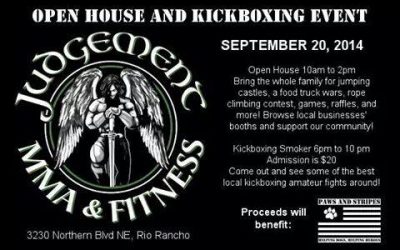 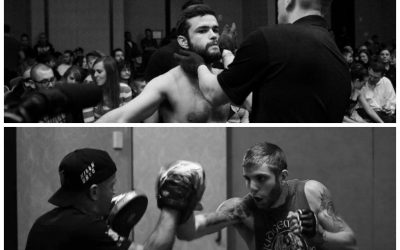