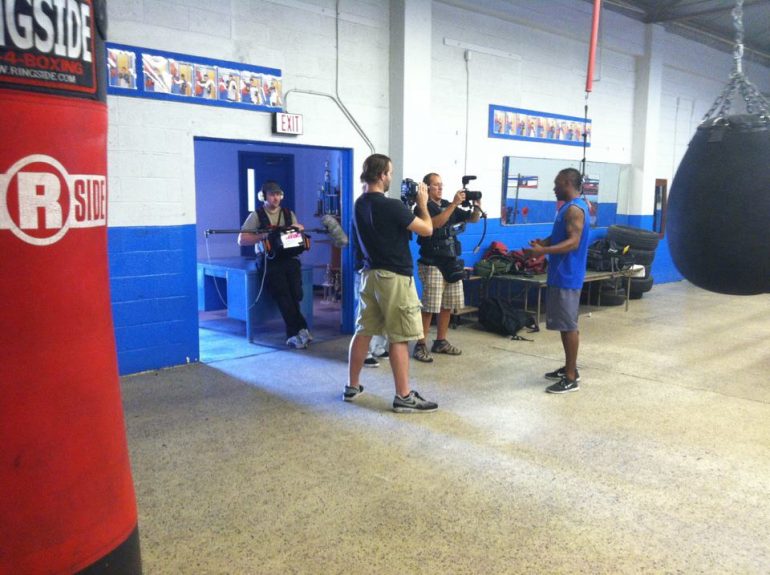 Austin Trout Talks To ALL ACCESS: Cotto vs. Trout Crew

Today members of SHOWTIME Network’s documentary series ALL ACCESS crew were on hand at the Sammy Burke Youth Boxing Center in Las Cruces, New Mexico to begin shooting scenes of the two episodes of ALL ACCESS: Cotto vs Trout. The series is set to follow WBA Super Welterweight champion Austin Trout and Miguel Cotto a few weeks before their December 1st match-up at the Madison Square Garden in New York which will air live on the network.

In the first of their 3-day stay in Las Cruces, the SHOWTIME crew filmed Trout training on technique with trainer Louie Burke. Trout also got to show off trophies showcased in the gym which he won throughout his youth and took the camera’s alongside him to local stores and even his barbershop.

This is the first time that either fighter will be the subject of the show. For Trout it will be the third time he will be featured on a SHOWTIME card and the second time respectively for Cotto.

Details on when the ALL ACCESS episodes will air have not been revealed.

Bushido MMA, The El Paso Gym Making A Name For Itself in New Mexico