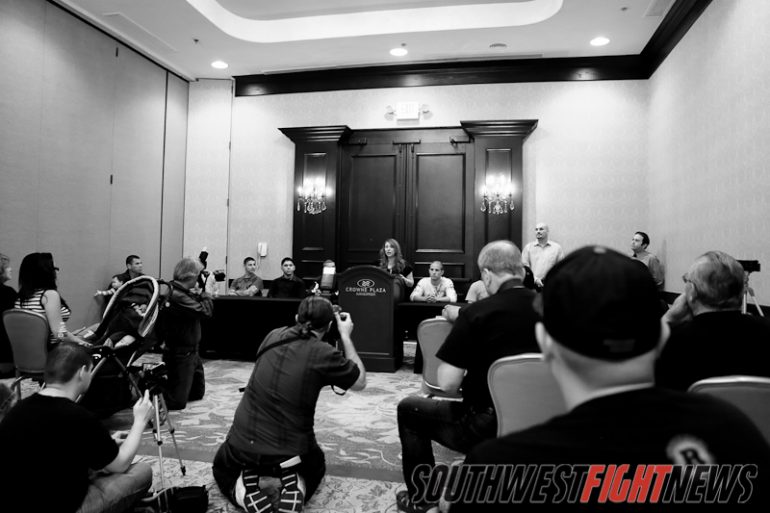 At a press conference today at the Crown Plaza Hotel in Albuquerque, Johnny Tapia Presents announced a card slated to take place November 17th at hotel. The card will feature the three most recognized fighters out of the Team Tapia gym. in Archie Ray Marquez (13-2, 8KOs), Joaquin Zamora (18-4-1, 12Kos) and Josh Torres (8-2, 4KOS).

Torres will be facing fellow Albuquerquean Omar Quevedo (0-5) while Marquez’ and Zamora’s opponents have yet to be named.

A cruiserweight battle between Adrian Lopez (2-1-1) of Socorro and Manuel Otero (2-4) of Peralta will also take place.

In his second career boxing match, King of the Cage Bantamweight champion Donald Sanchez (1-0 boxing, 27-13 MMA) will take on James Marine who will be making his professional debut.

A tribute will also be held during the event for former 5-time world champion Johnny Tapia.

Tickets range from $20 to $100 for ringside seating and can be purchased at holdmyticket.com