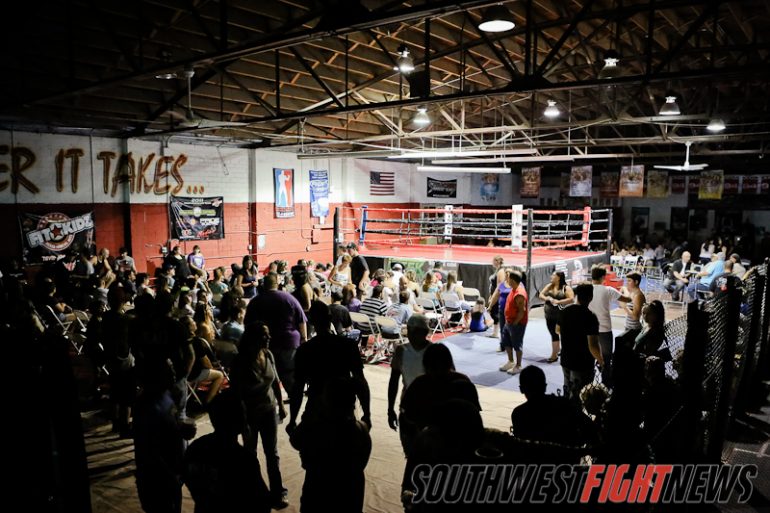 Walking into the warehouse styled building off of Lomas and 1st Street; one would think he’d be walking inside an old fashioned boxing gym. The kind of gym you’d expect to see in the movies and the old documentaries of the combat sports champions from past generations. It isn’t because there are title belts engulfing the office as you walk in, it isn’t even the event banners picturing the fighters hanging from the rafters and it isn’t the fact nothing looks brand new but it all looks functional and like it has been used for some very tough training.

The feel of the gym is centralized around the huge phrase blasted on the wall in white lettering, “Whatever it takes.”

The gym’s acronymic name FIT NHB stands for Fighters In Training, No Holds Barred and while of course the sport is very much regulated with rules and guidelines the athletes that train here train in a high tempo, extreme energy that radiates through the bold lettering painted across the gym wall. The team trains hard, pushing a grueling pace and favoring an unrelenting attack strategy from their fights to their training.

SWFight.com was able to observe and photograph the team on a day that was initially set up to catch up with one of New Mexico’s brighter young fighters Ray Borg and turned out to be an opportunity to watch the gyms MMA class taught by Coach Jon Judy. Needless to say that after the class was done we understood very well why the athletes from FIT NHB were labeled as tough, gritty fighters who would be tough opponents for anyone.

The gym is run by Tom Vaughn and wife Arlene; the two have run a gym responsible for producing a very talented team and individually very successful and popular fighters. Most notably of the bunch is Tim Means, who this past year was signed by the Ultimate Fighting Championships (UFC) and has been on an absolute tear winning both of his fights impressively and decisively. With an 18-3 record, Means looks to continue his upward climb when he fights for the third time in the Octagon in December on the UFC on FOX 5.

While talking with Coach Vaughn, SWFight.com was offered some depth into the coaching staff at FIT NHB.

“Arlene Sanchez is among the very best striking coaches in the world. We know this because our fighters have proven it time and time again not only in MMA but in boxing and kickboxing. I have never seen Arlene work with someone consistently that didn’t become an elite striker. “Jon Judy is a very knowledgeable and capable wrestler that has spent years modifying traditional wrestling techniques into MMA wrestling. He is a great motivator and outstanding coach. Our instructional staff is comprised of our best competitors and long time students. We have a friendly family atmosphere at FIT NHB, and we have a lot of fun helping people get in shape while teaching them the art of fighting.”

FIT NHB is also home to King of the Cage (KOTC) Champion Donald Sanchez, one of the more busy and experienced professionals in New Mexico. Sanchez has fought two top five World Ranked featherweights in Tatsuya Kawajiri and Hatsu Hioki as well as splitting two fights with another New Mexico top talent, Angelo Sanchez. A veteran of the fight game with 40 professional bouts, Sanchez remains a staple of regional New Mexico MMA and one of the more familiar faces around town.

Another notable name and former King of the Cage Champion, Frank Baca houses his 14-2 professional record at FIT NHB and with it showcases some of the states more slick wrestling ability as well his impressive ability to finish the fight in numerous of ways. To go with his five knockouts, Baca has won five fights with submissions and four of those different types of techniques. Exemplifying a well rounded game, Baca has proven to be a fighter to keep an eye on for some time.

FIT NHB’s list of notable fighters doesn’t end there; the gym also is home to New Mexico fan favorite Gerald Lovato, Gerald Sedillo, experienced amateur Tim Sosa and a very entertaining Nathaniel Baker. Mixed in are several fighters who may not have the name recognition to the fans of regional MMA but undoubtedly are hard working athletes one in the same.

Again discussing MMA with Coach Vaughn, he left us with a quality quote that’s about the mentality that is thoroughly expressed through the gym.

“If someone has potential and drive we will find, hone it , and develop them to the fullest .If you look at what we’ve accomplished over the years you will see that our team has been very successful . Not everyone will be a world champion but they can still have a satisfying competitive experience if handled properly.”
“Who are our fighters to look out for in the near future? I’m not going to mention names, I don’t want to leave anyone out and honestly you just never know. If a new fighter gets on a hot streak it can happen real fast. On the other hand we have some seasoned vets that could make another successful run if they get fired up. Check out the FIT NHB Facebook or website if you want to stay posted on who’s doing what”

Walking out of the gym, it remains clear that while FIT NHB has an old school feel there is nothing old about the new school movement they have going forward, propelled by their “Whatever it takes” mantra and desire to train with the foot all the way down on the gas pedal. 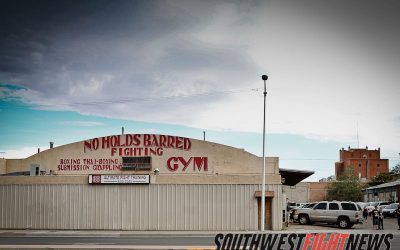 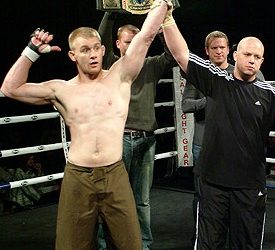 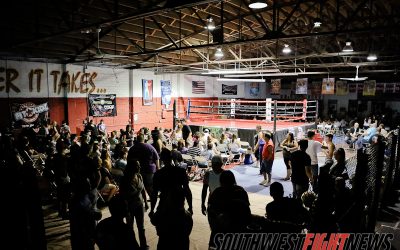