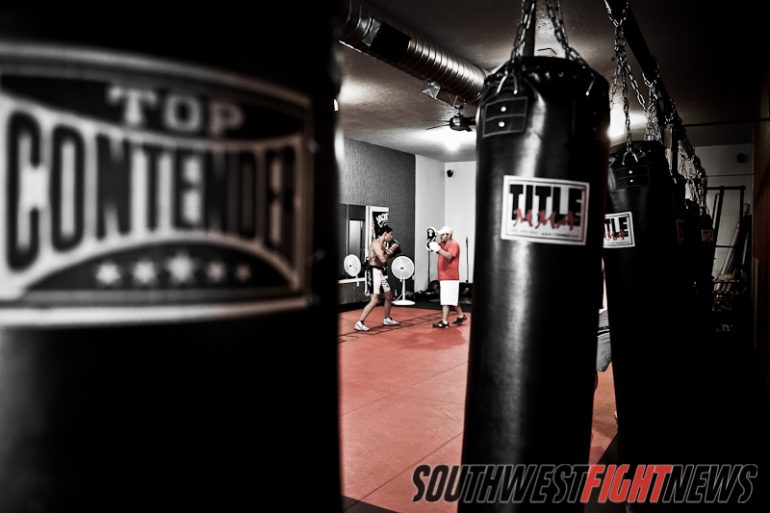 In the booming sport of mixed martial arts, the youth movement is overwhelmingly strong and continuing to come forward like a tidal wave. The days where the “Old Lions” dominate with fundamental technique and years of dedicated training in hole in the wall gyms are coming to an end as the younger, athletic movement pushes forward full force. World Champions are becoming younger and younger, top contenders are emerging early on in careers. Atop the sports largest MMA promotion, fighters are becoming top ranked before they even hit their athletic peak. 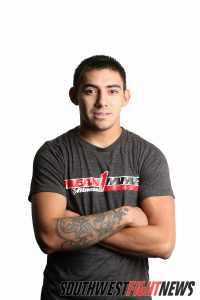 Part of that movement is Albuquerque’s Andres “Bullet” Quintana (3-1 professional, 2-0 amateur). The featherweight from Roswell, New Mexico is only 22-years of age but boasts an extensive amount of experience in competitive combat sports. With amateur boxing experience and a little high school wrestling, Quintana has plenty of combat experiences to justify his praise amongst our regional sports community.

While he made a pit stop in El Paso and a return to Roswell early in his life, Quintana would begin his education in the arts when it was introduced to him by former teammate Richard Villa. His progression would lead him to Coach Chris Luttrell and Albuquerque’s Mean 1 MMA where Quintana would transition into mixed martial arts.

Since February of 2011, Quintana has fought four times and has not only found success but has proved to have potential higher than the normal ceiling. Now, Quintana will really test himself as he transitions his training from Mean 1 MMA to Jackson-Winklejohn’s which is one of the sports most prominent and respected gyms. While his head coach Chris Avila remains in his position at Mean 1 MMA, Quintana will be put in the deep shark tank that is the Jackson-Winklejohn roster. Undoubtedly, the young man will grow and build off of his successful year in MMA.

This past April, Quintana was called upon on two weeks notice to compete in the World Mixed Martial Arts structured events that was labeled as Region 4’s round one. Quintana would take on the much more experienced Yaotzin Meza (18-6 professional). Not only was Quintana a heavy underdog, he was facing Meza in his backyard of Arizona. In decisive fashion, Quintana would earn a technical knockout stoppage after a head kick put the betting favorite Meza down to the mat.

In that fight, Quintana would show how well rounded his mixed martial arts skill set had become, following a game plan of takedown defense and efficient striking offense to overwhelm his opponent and earn a huge victory for his young career. It has been a mixture of confidence in his own skills and a trust in his coaches and training that has pushed him to be the prospect he is considered to be in our regional scene.

In terms of his skills, Quintana brings with him crisp, technical boxing. He changes levels and has a much underrated ground game that starts with his ability to earn the takedown. His strikes land very precise on the feet and his ground and pound earn him high marks in terms of offensive output.

Next up for Quintana is a November 17th fight in Abilene, Texas with Austin native Daniel Lucas. With an impressive showing in Texas, the Roswell combatant will bring with him a record of four wins to his one loss and is on pace to rise up the ranks.