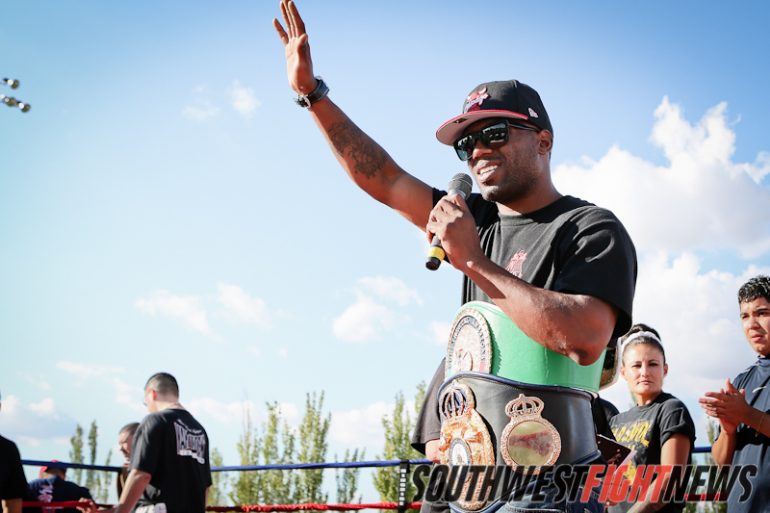 The commentating duty for Trout, comes a little more than a month away before he defends his WBA Super Welterweight title against four-time world champion Miguel Cotto on the network on December 1st. A relative unknown to mainstream boxing fans, this is a great opportunity for Trout to gain exposure before the bout as four world titles will be on the line during the event.

The same date for October 20th was originally reserved by City Albuquerque representatives for Trout to participate in ESPN Radio’s A Sports Talk at the KiMo Theater featuring him and women’s pound for pound champion Holly Holm in Albuquerque, New Mexico. That event is now canceled.

Tickets for the Miguel Cotto vs. Austin Trout championship bout are still on sale and can be purchased on Madison Square Garden’s website.