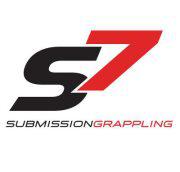 Bad news for grappling enthusiasts, the S7 Submission Grappling Tournament has been canceled from its targeted date of September 15th, 2012. The news came earlier this week much to the dismay of Jiu Jitsu coaches in surrounding areas and competitor hopefuls who were eager to roll in the new system of grappling will now have to wait a little longer to compete for S7.

The cancellation came via online update on the S7 website that cited technical difficulties for the reason for the events postponement. The re-schedule is currently set for December 1st, 2012.

SWFight.com was able to catch up with S7’s co-founder Paul Patterson to find out more about the cancellation. In an email conversation Patterson cited more specifically the problems S7 ran into, namely a problem with their technology.

“We’ve put together an unbelievable competition platform that includes the most technologically advanced registration, bracketing, scoring and communication system ever witnessed in these types of shows. The objective is to offer not only the most visually stunning experience but also the smoothest event flow. In creating this platform, much of our software is proprietary and is being used for the first time. Though we were able to produce strong shows in Utah and Oklahoma the advancements we made in technology were just not ready and as such the tournament delays equaled 2 hours which, though the norm in many promotions, is completely unacceptable at S7. We were and are confident that the glitches could be fixed but we just couldn’t be sure to have everything rectified for the September 15th date. As such, and with heavy hearts, we made the decision to postpone the event to a later date so that we could be sure our next event and all that follow meet the expectations and standards that we hold our promotion to.”

From the words of Patterson, it seems that the S7 event was preventing technological glitches from causing delays up to 2 hours which would have made the tournament very long and restless for the people involved. Seemingly interested in putting on a quality event, the postponement will allow time to fix all of the issues and still offer our region a top notch grappling tournament.

For competitors who may have already registered, you will not only be reimbursed but will also be awarded your first division for free in the upcoming event or any event hosted by S7 between now and December 1st, 2012.

The S7 tournament was notable for its new and unique scoring system. For martial arts enthusiasts we see a lot of catch wrestling being integrated into the traditional Brazilian Jiu Jitsu system we know so well in this area. Points would be awarded on near submissions and chain submissions (chaining one submission to another) which heavily encouraged competitor have to really go for the finish. Secondary points would be awarded from sweeps and takedowns or technical merit.

This system is opposite of the rule set in traditional Jiu Jitsu tournaments that see points be awarded for takedowns and sweeps as primary points.

With S7 rescheduled for December, 2012 the regions grapplers will now look towards to the 2012 Southwest Grappling Championship on October 20th, 2012 at theClevelandHigh School.

For more information on S7 visit their website by clicking here 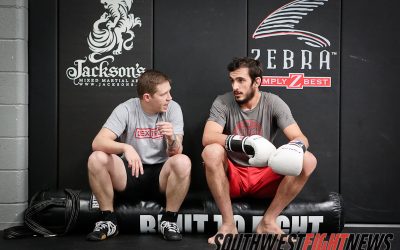 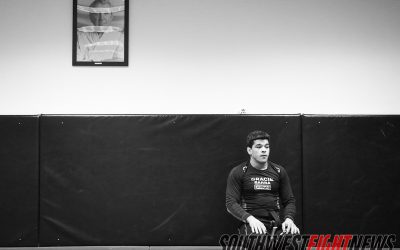 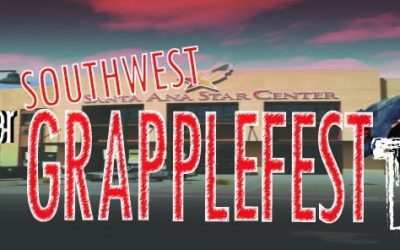