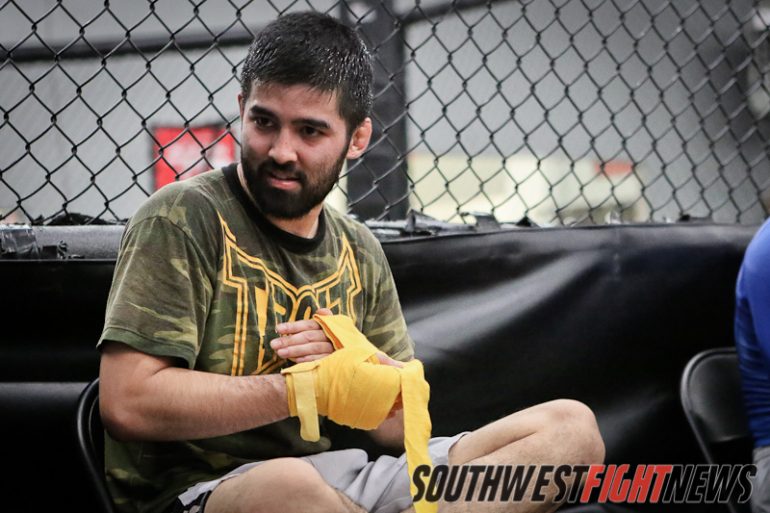 In a late night phone call Lovato Total Fitness’ head coach Lenny Lovato informed Ricky Kottenstette that Mikey Lovato would be withdrawing from his scheduled fight with Frank Gomez citing an unfortunate injury.  Mikey sustained a knee injury during the fight camp leading up to the September 8th Jackson’s MMA Series IX event and was medically uncleared by a doctor for a damaged, bursitis in his knee.

A full MRI is scheduled for early next week. From the staff here at SWFight.com we wish Mikey a speedy recovery.

In to fill Lovato’s slot in the main event of the evening will be Aaron Cerda (3-3 MMA) of Tye, Texas. A professional with an even record of three wins and three losses will bravely accept the short notice bout, the twenty-two year old will make his New Mexico debut in what will be his third fight in 2012.

[…] Gomez vs. Mikey Lovato (Lovato Out Due to Injury)(Article) Frank Gomez vs.  Aaron Cerda  (article pending) Hunter Tucker vs. Nate Patterson Gonzales vs […]