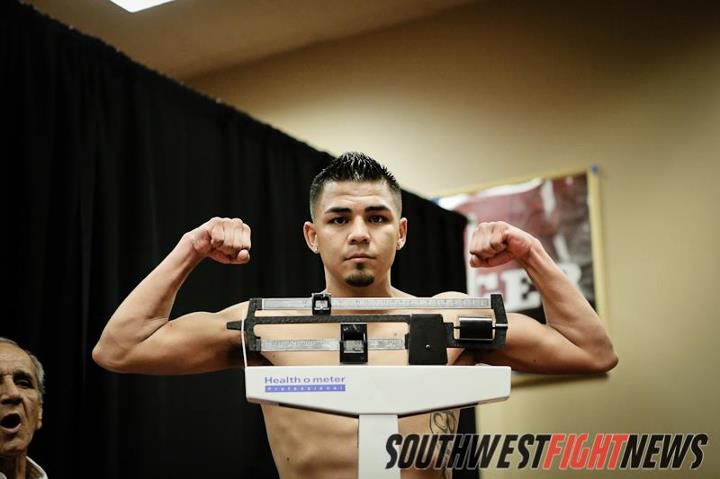 Today it was announced by Fresquez Productions that promoter Lenny Fresquez has signed Albuquerque fighter Matthew Baca (1-0). The contract is a two-year deal with an option for a third.

Baca is a 2012 graduate of West Mesa High School. He made his professional debut before his second semester of school was over, on December 2nd against Daniel Gonzalez on the Holly Holm vs. Anne Sophie Mathis undercard.

Holm is also signed to Fresquez Productions and is widely considered the female boxing’s pound for pound champion. She and Baca are the only two fighters currently signed to the promotion.

“I have 100% confidence in Mr. Fresquez and Doris Robinison and my team,” says Baca. “Feels great to be one of the two fighters on the Fresquez team!”

Since he started boxing Baca’s father David, has been the instrumental part in his success as his trainer. He is also thankful for the chance to work with a promotion as highly respected as Fresquez

“This is such a wonderful opportunity for us,” says David. “This is a dream that Matt and I have had. Now it has become a reality for us. Words can’t even describe the way I feel right now. All I can say is we are going to take full advantage of this and give it 110%.”

Team Baca has had an interesting summer as three different opponents pulled out of an August 24th bout that would have been televised on Telefutura.

Baca is expected to make his debut under the Fresquez banner on the December 7th on the Holly Holm vs. Myriam Lamare II card at the Route 66 Casino just outside of his hometown of Albuquerque. His opponent will be announced at a press conference scheduled for this afternoon.