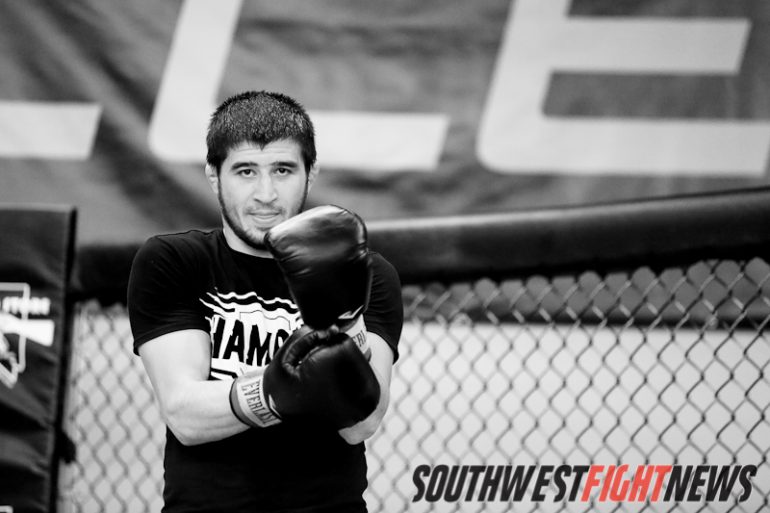 In a gym where Welterweight Champion Carlos Condit and Light Heavyweight Champion Jon Jones are the focus of most attention and in a place where such popular names as Diego Sanchez, Clay Guida and Donald Cerrone are on the rise it is easy to overlook a name or two when glazing over the Jackson-Winklejohn gym roster. Make no mistake about it, there are some gems inside the gym that many people have yet to be introduced too.

With a nickname like “Tiger”, the Russian Rustam Khabilov (14-1) is a name many may not recognize but he is a fighter you are sure to see plenty of in the near future. Recently being added the Ultimate Fighting Championship (UFC) the 25-year old from Rostov-on-Don, Rostov Oblast, Russia is well on his way to making waves in the sport.

With an impressive record of fourteen wins to one loss, Khabilov is a very interesting addition to a very competitive Lightweight division.

Fighting for most of his career under the M-1 Promotion and competing in the Russian regional scene, Khabilov is currently on a three fight win streak most recently defeating Jason Dent in May. Khabilov notably brings with him an M-1 Challenge Championship and a Combat Sambo World Championship. With a very interesting Sambo background, it should be interesting to see how Khabilov fits in against a division so full of kick boxers and wrestlers.

While he may only have two knock-out victories in his five year career one of which being a vicious slam KO in an incredible eight seconds, Khabilov excels in the grappling department where he has finished five of his opponents by submission and the other seven by way of judge’s decision.

His only loss came on the wrong end of a split-decision against Ruslan Khaskhanov in early 2011. His Sambo background shows itself plenty as throws, limb submissions and positional ground work come first nature to the newly signed UFC fighter.

The announcement that Khabilov signed a four fight contract with the UFC came in July of 2012; currently scheduled to face The Ultimate Fighter alum Vince Pichel of “Big” John McCarthy’s school in Califronia, it was only a matter of time before the big news of his debut was announced.

I am sure we can all expect great things from the “Tiger” and it will be a treat for fight fans to see the progression he has made through his time with the coaches and training partners inside the Jackson-Winklejohn gym.