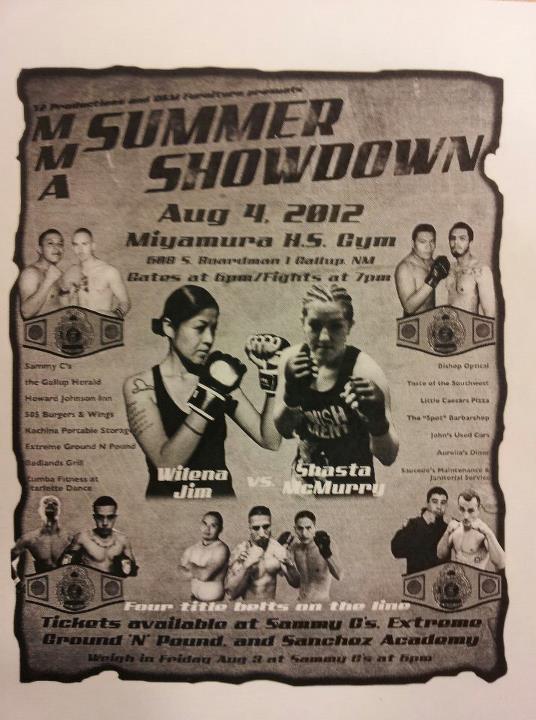 A total of 18 fights will make-up the card which is expected to draw about 2,500 fans. A great feat for a city with a population of just over 20,000. Four of the fights will be for a title.

Last year the city of Gallup held a similar event titled March Mayhem. It drew a little over 800 aficionados with a few hundred having to be turned away at the door due to the limited size of the venue.

This time the promoters of the MMA Summer Showdown hope to have a similar problem but allowing the most amount of people to at least witness the action.

If you are interested in attending the fight they will hosted at Miyamura High School located on 680 South Boardman Avenue in Gallup, New Mexico.

Ticket are available there at Sammy C’s, and Sanchez Academy of Karate-Gallup.

The architect behind this highly anticipated event is Gallup native, Nate Sellers of the Bio-Dog MMA gym. Check out our interview with him below…