Maldonado Drops Perez Along With Decision 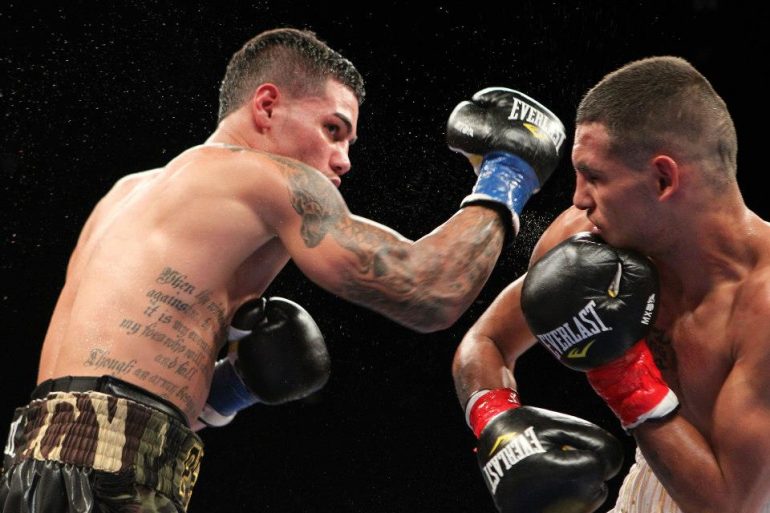 The contest for the most part was a chess match that saw the southpaw Maldonado and  the orthodox Perez engage in many sloven skirmishes. Clean punching however is what won each fighter their respective rounds.

Both men traded combinations in the first half of the fight and rarely engaged in exchanges.

The biggest opportunity in the fight for Perez came in the the fourth where he had Maldonado seriously hurt but was reluctant to capitalize on the opportunity.

A decision that could cost him the contest but possibly won him the round 10-8.

Displaying a new level of maturity in the ring, Maldonado kept his composure and used the last half of the fight to throw more fluid combinations than his counterpart.

Perez, had an impressive eighth round, again putting Maldonado with shaky legs but continued to pick his shots as opposed to attempting to the fight.

The highlight of the fight came in the last 20 seconds, when Maldonado landed a right hook over the top and finished the combination with a right then a left flush left hook to Perez‘ body.

The solid punch staggered him. It was topped off by Maldonado with a three punch combination that floored Perez.

In what appeared to be a slow 10 count from referee Ray Corona stretched the recuperation time for Perez ending the round and the fight.