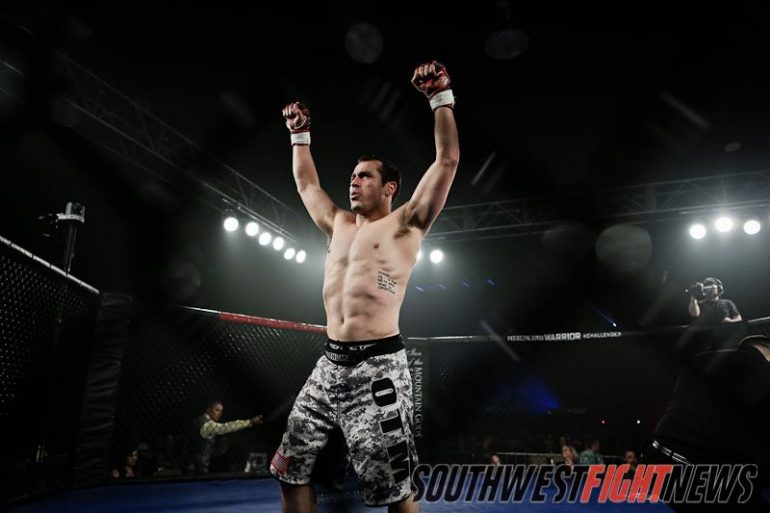 This Saturday night in Gallup, New Mexico, Jackson’s Mixed Martial Arts’ amateur lightweight George Clynes (3-0), will be participating in his first title fight. He is scheduled to face Greg Chavez, out of the Clube de Pitbull Jiu Jitsu, in the main event of the MMA Summer Showdown.

“It’s a title fight so it’s going to be my first five round fight and I’m really excited about it,” says Clynes.

In his last outing at the Mescalero Warrior Challenge 2, this past May, Clynes had a very impressive 1st round TKO victory over a tough Andrew Velasquez.

Originally from Brownsville, Texas, Clynes’ eight year stint in the United States Marine Corps led him to first to North Carolina, California and then finally Albuquerque, where he served as a recruiter at several of the local high schools for two years.

Before returning to Brownsville, Clynes met Greg Jackson and began training at his gym. He then attended Texas A&M in College Station and where he decided to come back to Albuquerque.

In his youth Clynes, participated in USA Boxing where he took part in three years worth of fighting in high school.

His transition from boxing to MMA he says was one based off of popularity.

“I think MMA is where everything is going now,” says Clynes “(I) watched all the greats perform throughout the years and I’m very impressed and I want to do what they do.”