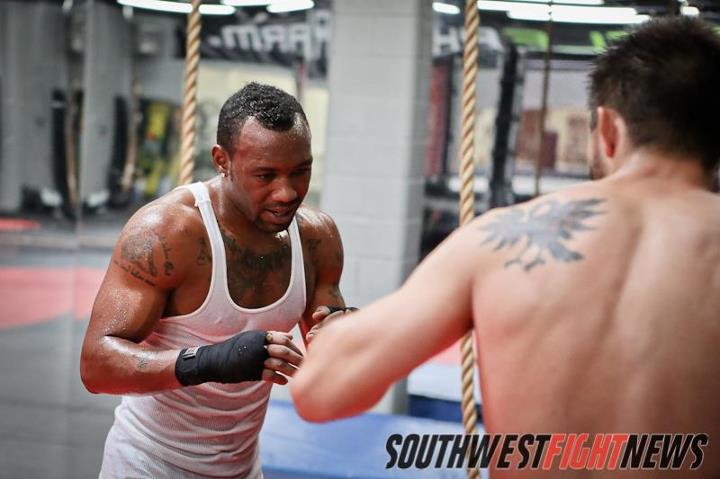 During his visit Trout stopped by the KiMo Theater to meet with City of Albuquerque representatives to discuss a planned October sit-down interview with he and women’s pound for pound boxing champion Holly Holm of Albuquerque.

The Las Cruces raised boxer also visited youth at the Amistad Child Crisis Shelter. A trip that was not documented and was not made public until now.

The Center provides short-term residential services to youth between the ages of 12-17. It operates 24 hours a day ever single day of the year. It also offers a 24 hour hotline and serves adolescents in crisis intervention, counseling and therapy, recreational activities and job training skills, just to man a few of the many/

The children at the shelter were thrilled to meet the world champion who took photos and signed an autograph for every single person that asked one.

He and his fiancée were even invited by one of the younger residents to spend the night.

Trout spent most of his time here engaged in a media blitz that had him meet up with two television stations, do two radio appearances, lunch with us and he even managed to squeeze in a stop at two historic gyms; Team Tapia and the world renown mixed martial arts gym, Jackson’s-Winkeljohn MMA gym.

The two men trained alongside one another and exchanged fighting tips and stories.

Maldonado Drops Perez Along With Decision