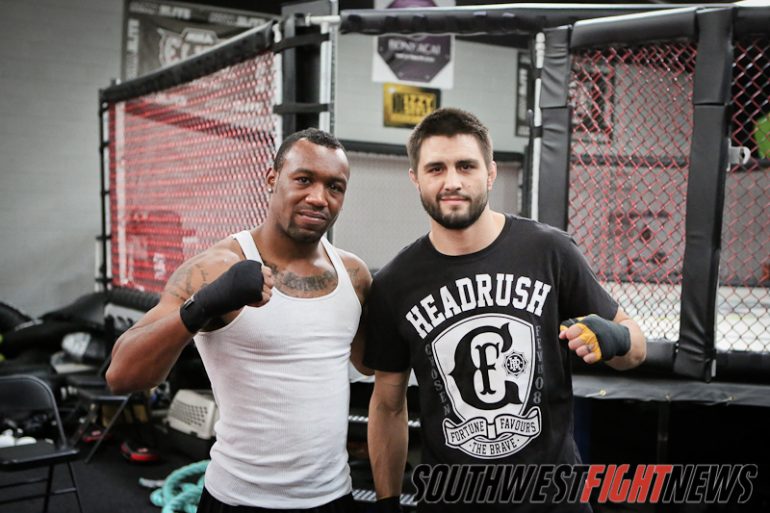 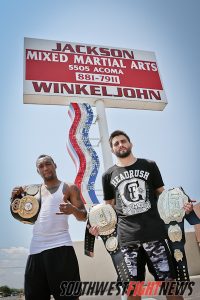 The meeting was originally scheduled to be a sparring session between the two New Mexican champions but a cut suffered by Carlos Condit during training last week, turned the rendezvous into a simple session.

The only two male combat sports champions from New Mexico exchanged stories of past fights.

Both men offered each other tips and strategies. Condit, an orthodox fighter, who tends to transition in fights to southpaw, picked Trout’s brain for weakness he would be able to exploit in a lefty.

The two later worked bags next to one another carefully watching the other and imitating his combinations.

While on the bags Trout, even delivered a very impressive flying roundhouse kick that drew a look of acknowledgement from Condit.

Trout and Condit are preparing for fights to take place in the not too distant future.

The two men hope to meet again to test each other in the ring.

We need more of this in our State!