Muñoz Looks to Pull Upset Against Brad Solomon on Saturday 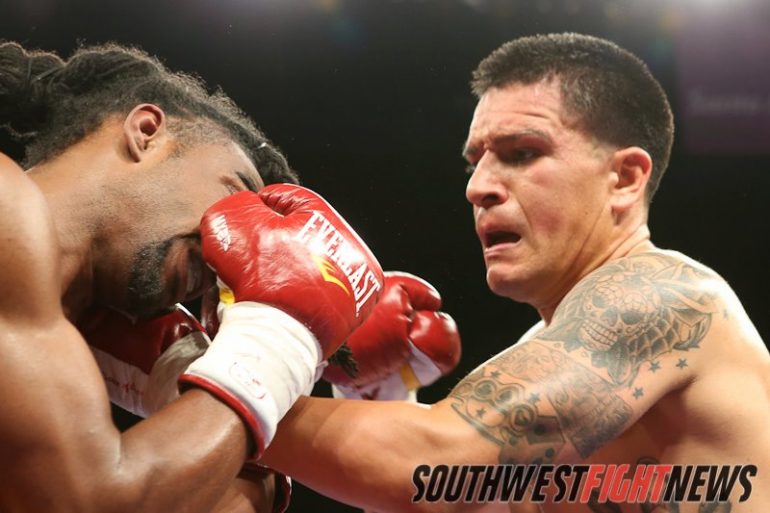 It has only been five weeks since the passing of New Mexico’s most decorated fighter, Johnny Tapia. To prepare for his fight against Brad Solomon (17-0, 7KOs), this Saturday on the Nonito Donaire vs Jeffrey Mathebula undercard in Carson, California, Hector Muñoz (20-7-1) says he had to get away from and his hometown of Albuquerque, as the loss of his trainer Tapia was too much for him to endure.

“I breakdown running sometimes just thinking of different things that he had taught me,” says Muñoz.

His escape led him to the world-renown training facilities in southern California, specifically the Robert Garcia 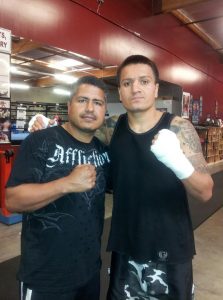 “That’s why I came out here to California to get some top-notch sparring,” says Muñoz. “Garcia, has been helping; I’ve been hitting the mitts (with him).”

Hitting the gym consistently, fully prepared for a contest Muñoz says, is something that has been lacking throughout his career. Many of his fights to top competition he says have come as a result of being called up as a last second replacement.

In his last contest televised on Telefutura in April, Muñoz put an very impressive performance against John Revish, after what he says was the first full training camp he has had in years.

“Usually these fights that I have lost are top ten opposition on short notice; that three week or five day notice,” explains Muñoz. “I’m trying to fight for my family to make that money to pay those bills and feed them. This time I’m ready, I’m dedicated and I’m taking this serious.”

Along with getting some great training in Oxnard, Muñoz, is also getting a bit of

Despite being on the un-televised portion of the Donaire-Mathebula undercard, fans can still catch Muñoz’ fight live on www.toprank.com.

He is dedicating the contest to Johnny Tapia and his family.

King of the Cage – Ignite at Buffalo Thunder