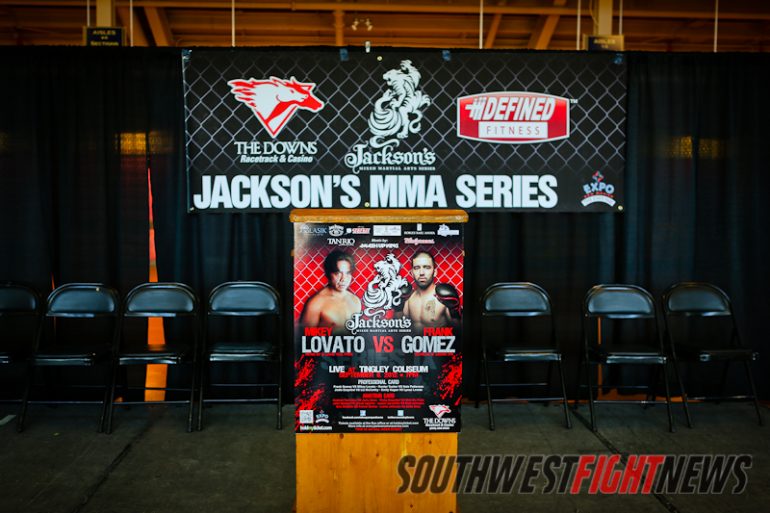 Having outgrown the Hard Rock Hotel & Casino- Albuquerque, Jackson’s MMA felt that to hold a better product a larger venue was necessary.

“We really think this is the key to grow this sports here in Albuquerque,” says Jackson’s MMA General Manager Ricky Kottenstette.

Seating at the new venue will split the arena in two, giving seating for just over 5,100. The format features a variety of seating arrangements which includes a VIP section and plenty of $20 tickets. 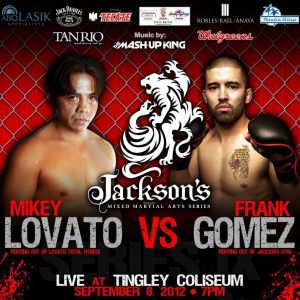 A larger venue means a larger cage. A thirty foot cage will now adorn the center of the event. Above it will be a catwalk that will allow endless possibilities for sound and lighting.

The contract between the Jackson’s Series and  the Albuquerque Downs Racetrack and Casino is set to last three years.

The event has a great track record with quite a few fighters making the move up to the UFC and Strikeforce. A few notable names include Henry Martinez, Buddy Roberts, Diego Brandao, Isaac Valle-Flagg and Julie Kedzie, made the big show after their performances in the Jackson’s Series.

“A lot of people say, ‘why are you guys in Albuquerque still?'” says MMA coach Greg Jackson, “I was raised here and to get our show in Albuquerque, right in the middle of it, in this place, to me it’s bigger than a world championship. I wanna keep (the Jackson’s MMA Series) right here in Albuquerque.”

The first fight card at the Tingley Coliseum, Jackson’s MMA Series IX, is scheduled to take place the weekend before the New Mexico State Fair begins on the following Wednesday. It is now also an all ages event.

The last combat sports event to take place at the Tingley Coliseum was the Chris Avalos vs Jose Nieves boxing card in January of 2010 which also featured local fighter Archie Ray Marquez on the undercard.

Tickets are already on sale and can be purchased at Holdmyticket.com
For more information go to Jacksonsmmaseries.com