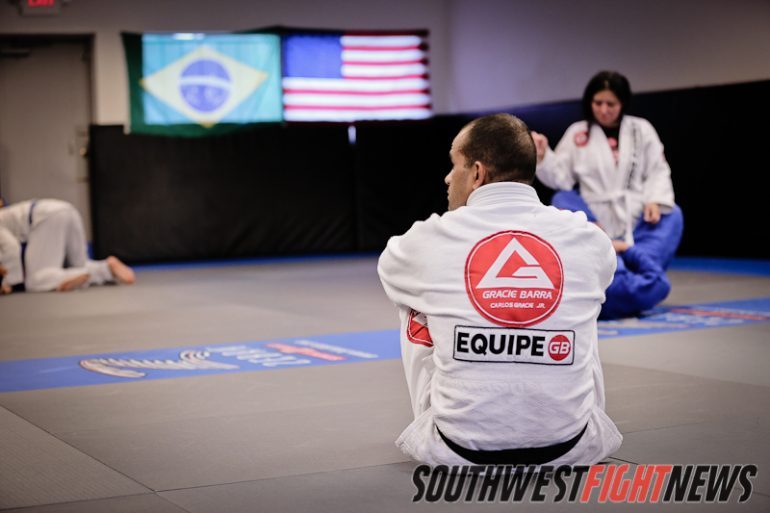 Gracie Barra New Mexico’s Rio Rancho Celebrates One Year of Teaching the Gentle Art in The City of Vision
Celebration kicks off at 10 a.m. at the Rio Rancho Location

RIO RANCHO, N.M. – Gracie Barra New Mexico’s Rio Rancho location opened its doors a little over a year ago. The school will be celebrating its first birthday this Saturday, July 21st at 10 a.m. with a self-defense seminar, team picture, pot-luck barbeque and other activities. Owner and New Mexico native Don Ortega has envisioned the growth of Gracie Barra New Mexico since he took over the franchise.

“As one of the owners it has been a dream come true,” said Ortega.  “I have always wanted a place to train that made everybody comfortable, while providing the highest level of Jiu Jitsu instruction and training. The Passion that comes from our Professors and staff has allowed this school to grow to what it is today.”

Black-belt Gustavo Alencar was given the task of taking on the new school. Having already taught at Gracie Barra’s Eastside and Westside locations as a brown belt, Alencar took the responsibility in stride. Since the opening of the Rio Rancho location, which opened with less than 10 students in the first class, Alencar has had to add additional classes to accommodate Rio Rancho’s need for the Gentle Art.

“Gustavo has done a tremendous Job in Rio Rancho,” said Ortega. “He puts 100 percent into everything he does there. We have had to add classes to our schedule because his classes are so big. His passion and work ethic have been instrumental in building the school in only a year’s time.”

Gracie Barra New Mexico prides itself being more than just a school to its students. It’s a place where students from 4 years old to students in their fifties can feel part of a large family.

“The family environment has been handed down from Carlos Gracie Jr. and the Gracie family,” said Ortega. “Brazilian Jiu Jitsu was started by a family which had standards for respect and honor. We imitate that same concept by requiring our students to treat each other with that same respect and honor. There is no room for egos in the Academy.”

For more information on classes, schedules or to schedule a free introductory class, call any of the three locations.