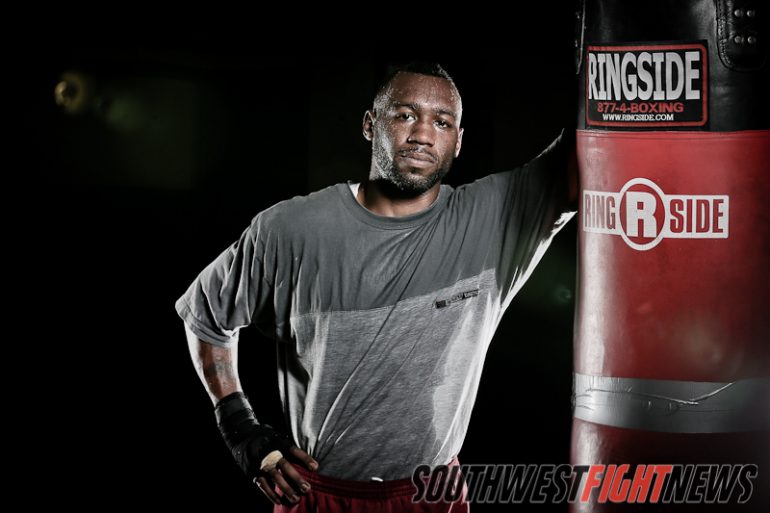 With the upset of Victor Ortiz by Josesito Lopez this past Saturday night, Alvarez was left without a tentative opponent and up until yesterday Trout, says he was the front-runner to face Alvarez.

Trout’s promoter Greg Cohen and advisor Al Haymon were in serious talks with Alvarez’ management, to schedule a fight for the highly competitive date of September 15th.

Trout, was notified by his team late last night that Golden Boy would go with winner of this weekend’s Bundrage-Cory Spinks IBF championship fight.

“Nothing is ever official until you get in the ring,” says the former 2004 US Olympic alternate. “Up until last night I thought I was for sure having (Alvarez). Now I’m hearing that they’re gonna go with the winner of K-9 and Spinks.”

It is almost as Trout, expected to once again be overlooked for a major bout. His camp also anticipated for this upcoming Saturday’s winner of the IBF crown, to be their back up plan if Alvarez, were to pass on the unification bout.

“Taking all my opponents and not being my opponent is aggravating,” says the discontent New Mexico native.

“In my opinion for anybody that has one belt his only goal should be to get another. Especially when you already have the name and credentials as Canelo,” continued the 26-year-old, “Now my goal is to get another belt but also to build my name. Whether it’s another title unification fight or with another contender, those are all things I’m trying to do.”

As far as a last message for Alvarez, Trout mentioned that “Canelo, doesn’t have anything else to prove besides getting himself another belt and becoming a true champion which I don’t feel like he can do because he has to go through me.”