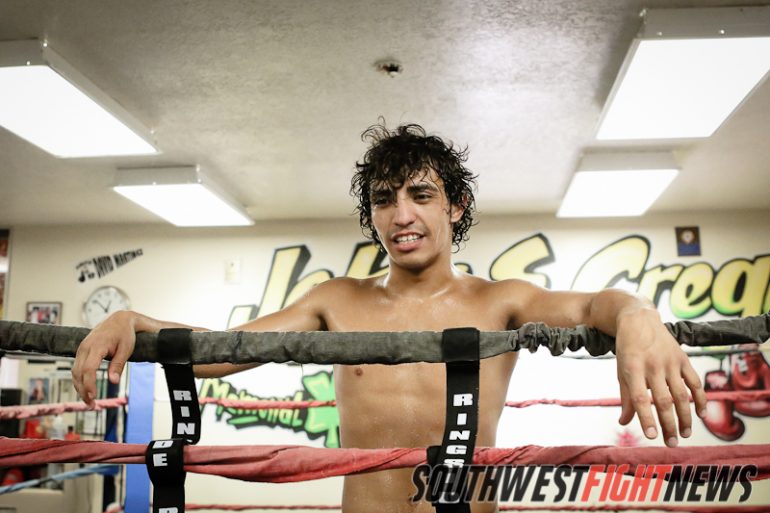 Anytime bantamweight Raymond “Hollewood” Montes (4-2, 3KOs), steps into the ring you are going to get a show. This Friday, he will be taking on a reserved Jaime Gutierrez (4-5) on the Frequez Productions, Holly Holm vs. Anne Sophie Mathis II-The Reckoning undercard at the Route 66 Casino.

Whether it is showboating or verbally harassing his opponent before, during or after the fight, he is the one Albuquerque boxer not scared to put himself out there. He accepts both the entertaining talker and the verbal villain roles.

Originally, from Garden City, Kansas, Montes grew up with current boxing stars Brandon Rios and Victor Ortiz. In 1999, Montes was even featured on an 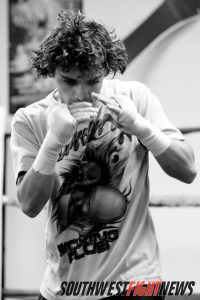 undercard that was headlined by Rios, another entertaining talker and talented boxer.

At the age of 27, Montes is only entering the seventh fight of this career. His trainer Manny Anaya admits that it is time get Montes’ career going with several fights a year.

Gutierrez, is coming off of the biggest upset of the year in New Mexico boxing thus far defeating the previously undefeated Leonard Sanchez.

“With a 4-5 record and no knockouts, he has to bring something harder than that,” says Montes. “In order to beat me, you have to knock me out.”

Our interview and photo gallery with Raymond Montes, Manny Anaya and Ray Lopez…