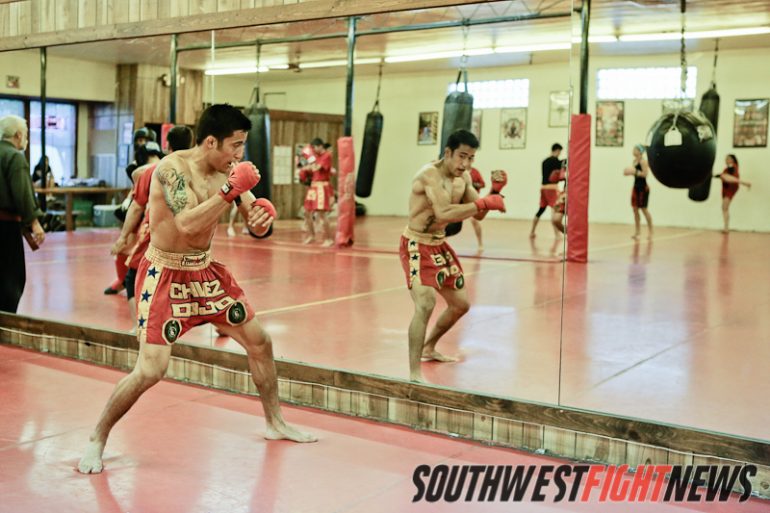 When it comes to achieving his dream of joining a large mixed martial arts promotion, not even a cross country flight will stop Albuquerque’s Joby Sanchez (3-0). This weekend Sanchez will be partaking in the Xtreme Fighting Championships Open Tryout in Springfield, Massachusetts.

The tryouts are an open casting call to anyone willing to test their skills. It is held once a year by the XFC and awards seven different spots for each of the promotions weight classes; one female spot is awarded. Both professional and amateurs are invited to participate and be evaluated by the east coast’s largest MMA promotion. Last year the promotion’s tryout had a total of 300 participants.

Despite not being one of the “main” MMA promotions, XFC has drawn large crowds to their events. In their 2007 card at the St. Pete Times Forum they drew a crowd of over 11,000 fans.

Sanchez, is attempting to make XFC bantamweight division and will be making the trip out east with his father. He is trained in the art of Kajukembo by Grandmaster Melcor Chavez at the Chavez Dojo in Albuquerque’s South Valley, and in jiu jitsu by former Pan American Gold Medalist and 2012 World BJJ Championships bronze medalist Rafael “Barata” Freitas.

In his senior year at Valley High School, Sanchez took 2nd at the 2009 New Mexico State Wrestling Tournament in his weight-class. He has been training at the South Valley Chavez Dojo since the age of eight. He turned professional in MMA at age 18.

“I gotta get Sherdog to fix my record,” says Sanchez of the lone loss that appears on his Sherdog.com professional fighter profile. “The was an amateur fight. I’m undefeated as a pro. They have me as a pro in 2009 and then as an amateur in 2010? That doesn’t make sense.”

A fighter’s record is not something XFC says it takes into consideration. The tryouts will consist of scrambling drills, grappling, wrestling and pad and mitt training. After the drills, several of the fighters will be selected to participate in the semi-final round of casting, where they will spar against one another.