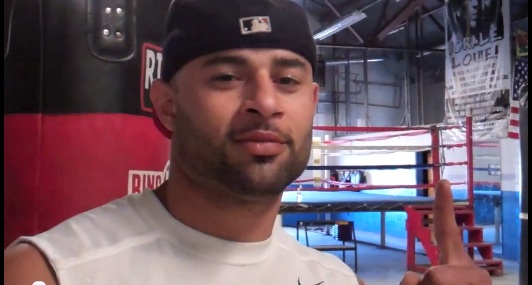 To prepare to his upcoming WBA Super Welterweight title fight against Delvin Rodriguez , Austin Trout has been working with strength and conditioning coach and longtime friend Shukree Shabazz.

Shabazz grew up in Chaparral, New Mexico. He is the brother of New Mexico standout amateur boxer, soon to be pro, Sijuola Ade Shabazz.

Shukree started with his training regiments while playing football at New Mexico State University and professionally in the Canadian Football League with the Saskatchewan Roughriders. His background in combat sports comes from his studies in the karate art of Shinjimasu. The Shabazz’s father was a 10th degree black belt in Kung-Fu.

Based out of California, the elder Shabazz is the strength and conditioning coach for the Los Angeles Matadors, a boxing team, that competes in the World Series of Boxing (WSB) an international boxing competition for amateur boxers.

The 12-team league differs greatly from traditional amateur boxing as competitors must be bare-chested and are not permitted to wear protective headgear. The competitors are even paid but maintain their amateur status. Sijuola also participates in the league.

Check out our interview with with Shabazz as he discusses his training with Trout, along with how he got his start in boxing. Shukree is also a big mixed martial arts fan.