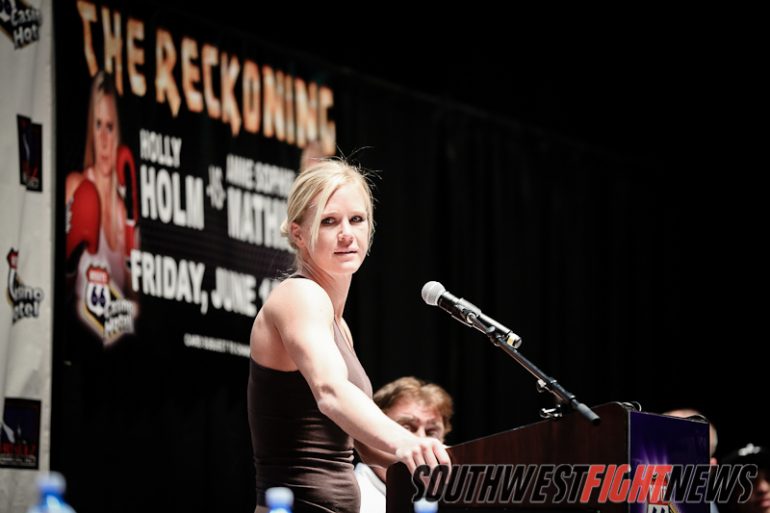 Today at the Route 66 Casino, Fresquez Productions held a press conference to formally announce the rematch for the female pound for pound boxing crown between Albuquerque’s Holly Holm and French knockout-artist Anne Sophie Mathis.  The boxing card is being dubbed “The Reckoning” and will take place Friday June 15th at the Route 66 Casino Hotel. It will feature a total of seven bouts with predominantly fighters from Albuquerque and El Paso, Texas.

Holm and Mathis engaged in one of the most memorable fights in female boxing history this past December, with the Frenchwoman coming out victorious via an unforgettable seventh round knockout.

In March, Mathis was scheduled to fight the only other woman to threaten her and Holm’s pound for pound crown, Sweden’s Cecilia Braekhus (19-0, 5KOs). Two weeks before that mega-fight Braekhus was forced to pull out of the contest due to tonsillitis.
Enter Holm…..