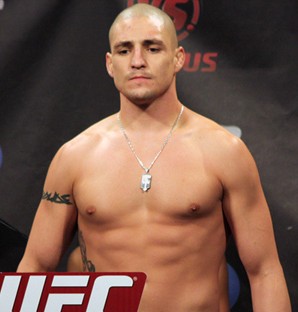 MMA Fighting caught up with Albuquerque’s Diego Sanchez in a 25min interview last week.  Diego has been flown under the radar for the past we years with his personal life, but in this Ariel Helwan interview Diego shared his past.  Don’t forget to cheer Diego on on the FuelTV card this Wednesday when he faces Jake Ellenberger.

“I got sucked real deep into the fame and the money,” Sanchez said recently on The MMA Hour. “I was a bachelor and I got sucked into a bad life of partying. I got really into smoking weed, drinking, partying. After my Clay Guida fight, I went down a bad path, man. It was just not a good path. After my loss to B.J. Penn it just got worse. I got really out of control.”

“To make it worse, one of my best friends completely robbed me blind…Set me up and embezzled me for about $150,000.”